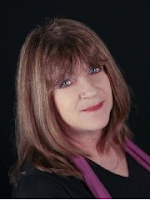 Vickie:  I love that, as a child, you collected Little Golden Books through your travels. As a teenager, I fell in love with The Girl of The Limberlost by Gene Stratton-Porter. I still love that book and have it in both paperback and e-book. Do you have a favorite book?

Roxann:  I have far too many favorites to list them, even if I could remember them all, but here are a few.  In grad school, I was a Trixie Belden fan and recently reread the first book. That was fun! I've read all the early Stephen King books, and my favorite is The Stand. Susan Elizabeth Phillips is my favorite contemporary romance author. Her books, Nobody But You, Ain't She Sweet and Natural Born Charmer are my all-time favorites.

Vickie:  What inspired you to write your first book?

Roxann:  I've always written, but it was great books by fantastic authors that inspired me. First I did it for the sheer fun, and then later, I decided to try to make something of it.

Vickie:  Has your involvement in the theater and the performing arts helped with your writing? If so, how?

Roxann:  Being an only child meant cultivating a vivid imagination, so I loved "being" someone else! That's probably the main thing that acting and writing have in common for me. Then there's all that great dialogue in plays . . . .

Vickie:  What or who has been the biggest influence in your writing career and why?

Roxann:  I was blessed to meet best-selling author Kathie DeNosky in a chatroom for romance writers in 1996. She was a finalist in RWA's Golden Heart that year, and I had just begun to think about trying to publish my writing. We met face-to-face at the RWA National Conference in Dallas, only a few weeks later, and I jokingly told her I was going to grab her shirttail and not let go. Over the next few years, she kept me from throwing in the towel, many times. Kathie sold her first book on my birthday in 1999, and I sold mine the next April. Kristi Gold is the other part of our little trio, The Ditz Sisters. I'll never be able to repay either of them for their support or their friendship.

Vickie:  What is your writing schedule? For example, do you write any time of the day, or do you prefer specific times? Do you write for a set amount of hours or pages?

Roxann:  I wish I could say I have a writing schedule. I try. But each time I think I've found what works, someone comes along and changes it for me. I have four daughters and five grandchildren, who all live in the same city I do. 'Nuff said?

Vickie:  How do you find the balance between writing, websites, family and the every day responsibilities of life?

Roxann:  There's never time for everything, and too often I find myself staying up much later than I should and not getting enough sleep, just so I can get some work done. In the past month, I've added a 30 min/2 mile morning walk at a nearby park to my day. It helps clear my mind and jump-starts my brain, not to mention giving me some alone time to think. Sometimes that thinking involves what my schedule looks like for the day, and sometimes I sort through story ideas or problems. It's the best thing I've done for myself and my writing and helps tame the chaos.

Vickie:  What is the most difficult or challenging part of the writing process for you?

Roxann:   No matter how hard I try, I'm the Queen of Procrastination. Sitting down at the computer when I have to--not when I want to--is something I struggle with.

Vickie:  Do you ever experience writer's block?  If so, how do you cope?

Roxann:  I'll admit that I've hit some brick walls while writing, and there were a few months last year when I didn't have the desire to write, but I haven't fallen prey to a real case of writer's block. Does it exist? Something does, that's for sure. My way of getting past that is to use the old BIC-HOK method: Butt in Chair-Hands On Keyboard. Sometimes it's almost painful, and it might take several hours to write even a page, but eventually the speed gets better. Before long, the "block" or whatever is gone. It's a Nike kind of thing. Just Do It!

Vickie:  Do you always love what you write?

Roxann:  I never love what I write. When I read the writing of others, I'm amazed and envious. I can only write my way. Trying to change my "voice" or writing style would take the joy out of the creative process. And who wants to do that? There are enough battles to fight, without creating a new one.

Vickie:  Do you plot out your stories first or write them by the seat of your pants? If you're a plotter, do you have a specific plotting method that you use, or do you have any plotting tips to share?

Roxann:  I'm a plotter. I started out as a pantster, but was told by my critique partners/best writing friends that I would have to plot at least a little bit, because once I sold, I would have to write proposals. YIKES! Now? I couldn't write without plotting to save my life. I have my own method, which involves a printed storyboard chart, two white boards sectioned into chapters and scenes, and magnets to attach very brief scene notes. But no system is set in stone, and I often find myself making small changes, especially when I hit a roadblock in the plotting.

Vickie:  Do you think it is important for a writer to have a critique group or a critique partner? Why or why not?

Roxann:  Critique groups or a critique partner can be wonderful for a writer, but finding a good fit can take time. I was lucky and had the best. (Those shirttails never unravelled!) In addition to a small critique group of local writers that includes Love Inspired author Patricia Davids, I have both Kathie and Kristi. We support each other with our friendship and some of the best brainstorming money can't buy.

Vickie: What is the strangest thing that ever happened to you as a writer? What is the funniest?

Roxann:  The funniest thing that ever happened to me was after I received The Call.  I called Kathie DeNosky, but no one answered, so I left a message. When she heard the message, she thought something bad had happened and returned the call to ask what was wrong. After I explained that I'd just sold my manuscript, she said that it sounded as if I was sitting on a block of ice, my teeth were chattering so badly from shock.

Vickie:  Describe your writing space, that one corner of the house that is all yours?

Roxann:  My writing space is a converted garage, so it's big. If a messy desk is the sign of a brilliant mind, my office would scream, "Put on some sunglasses!"

Vickie:  What are you most proud of accomplishing in your life?

Roxann:  While there have been several accomplishments in my life that have made me proud, my daughters are the joy of my life. They're there for me as much and as often as I am for them. Because they're all grown, I don't have to always be "mom" and can enjoy spending time with them.

Vickie:  Name at least three things you can't live without.

Roxann:  I'd have trouble living without chocolate (a writer's Vitamin C), sleep (I can never get enough), and my family. Although a vacation from that family is sometimes desperately needed.


Vickie:  What advice or writing tips would you like to give to other writers?

Roxann: My advice to anyone who is writing with the dream of being published is to never give up. If you give up, you may have blown your chance. There's no way of knowing that your first sale might have happened the next day, week or year.


Roxann, thank you for a great interview!

Roxann doesn't remember a time when she didn't have books--and lots of them, from all over the country. Born and raised in Kansas, where she still lives, her life hasn't been confined to the Wheat State. As a child, she traveled with her parents, visiting 48 US states, Canada, Mexico and even Havana, Cuba. Souvenirs were Little Golden Books, collected along the way and inscribed with her name, date and the location where they were purchased.

Her reading inspired writing, and as a skinny, bespectacled nine-year-old, she coerced the neighborhood children and her younger cousins into performing the plays she wrote. But theater and the performing arts called to her in high school, too, and she was actively involved in the drama department, including playing the roles of Eliza Doolittle in Pygmalion, Vinnie in Life with Father, and Annie Oakley in Annie Get Your Gun. Years later, she helped form a small community theater group, where she acted in and directed the group's productions, as well as served on the board of directors. Her romance reading journey began in high school where she read her first Georgette Heyer Regency novel. Favorites now include a variety of genres and authors, including Stephen King and Dan Brown, among many others. She's come to the conclusion that reading, writing and acting are nothing more than ways to become "someone else," at least for a little while.

As a single mother of four grown daughters and grandmother of five, life is never boring. Books and reading are not only an integral part of her life, but her family's, as well. Her oldest granddaughter is named Scarlett (yes, from Gone With the Wind).

When she isn't writing or reading, she's designing websites. But writing is still her first love, and she enjoys sharing happy ever-after stories with readers.

Roxann loves to hear from readers and can be contacted via her website:  www.roxanndelaney.com

COMING SOON - Interview with multi-published author Dolores J. Wilson, who has a new book coming out with Bell Bridge Books, called Dixie Cowboy.  Little Big Heart, one of her most heart-warming stories, is now published by Salt Run Publishing and is available at Amazon.com.