The Power of Love
A romantic short story by Vickie King

Chapter One of Forever Fall by Elizabeth Sinclair

Read this first chapter of FOREVER FALL by Elizabeth Sinclair and answer the question in red below in the comments.

Who is the accountant for the Carson Board of Education?

The winner of the 3 autographed books is Kathy Bain. Congratulations, Kathy!
The answer to the question is Charles Henderson. 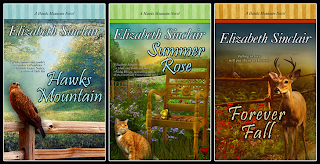 Forever Fall and the Hawks Mountain series are published by  Bell Bridge Books an imprint of BelleBooks and are available in print and e-book format on Amazon, B&N and other e-books sites. 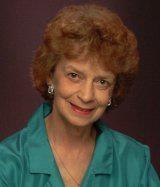 Being a romantic at heart and having devoured romances like Hershey Kisses, it was inevitable that Elizabeth Sinclair would one day write them. Following her dream, which took more than a couple of wrong turns along the way, in 1993 she sold her first romance, JENNY'S CASTLE, to Silhouette Intimate Moments, which reached #2 on the Walden Bestseller List and won a Georgia Romance Writers' Maggie Award of Excellence. Since then, this multi-published author's books have sold in ten foreign countries and been translated into seven foreign languages as well as large print editions.

Elizabeth co-founded and is a member of the Ancient City Romance Authors of St. Augustine, FL. She is also a member of RWA's Kiss of Death Chapter, Sisters In Crime, and the Indiana Romance Writers. Elizabeth Served as RWA's Region 3 Director and chaired the 2001RWA New Orleans Annual Conference.

In addition to having authored the widely-acclaimed instructional books, THE DREADED SYNOPSIS and FIRST CHAPTERS, she has published a total of eighteen romances with Silhouette Intimate Moments/Romantic Suspense, Harlequin American, Kensington Precious Gems, Medallion Press and recently signed a contract with Bell Bridge Books for the next three books in her Hawks Mountain series. The first two books in that series, HAWKS MOUTAIN and SUMMER ROSE are available in print and e-book format on Amazon, B&N and other e-books sites. HAWKS MOUNTAIN is also available in audio format. The Hawks Mountain series continues with the fourth book, WINTER MAGIC, coming soon.